For many of us Chennai turtle walkers, a turtle walk never feels complete without our best friends – our dear dogs who have been accompanying us on our walks for years and years. My entire 23 years of walking has been in the company of a few of these wonderful creatures.

These are free dogs living on the beach, off whatever they find on it. They befriend anyone who lands up on the beach and, since we are the regulars, we have developed deep relationships.

I will start with the current set which is the most remarkable. 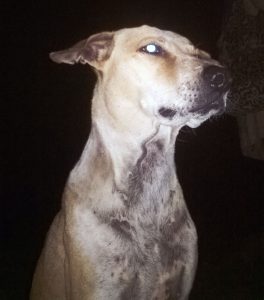 We have had Loota walk with us for 12 years now. Yes, you read right. 12 long years – a lifetime in a dog’s life. He has joined every walk in these last 12 seasons. When we first met him, he was a full-grown adult, maybe two years of age. Now, at 14 years of age, he is old and frail, and though his faculties are failing him, he still joins us on every walk. Very few human volunteers in SSTCN have managed this kind of longevity.

When we first met him, we were blown away by his energy, joyful spirit and incredibly good looks. He has large hazel eyes and can soak up any amount of petting, forever seeking more by gently prodding us with his paw when we stop. He is also a singer with a lot of yodelling skills.

In the initial years, he would do the equivalent of two or three walks in a single walk as he would run from the scouts to the last person on the walk, several times during each walk, greeting everyone. 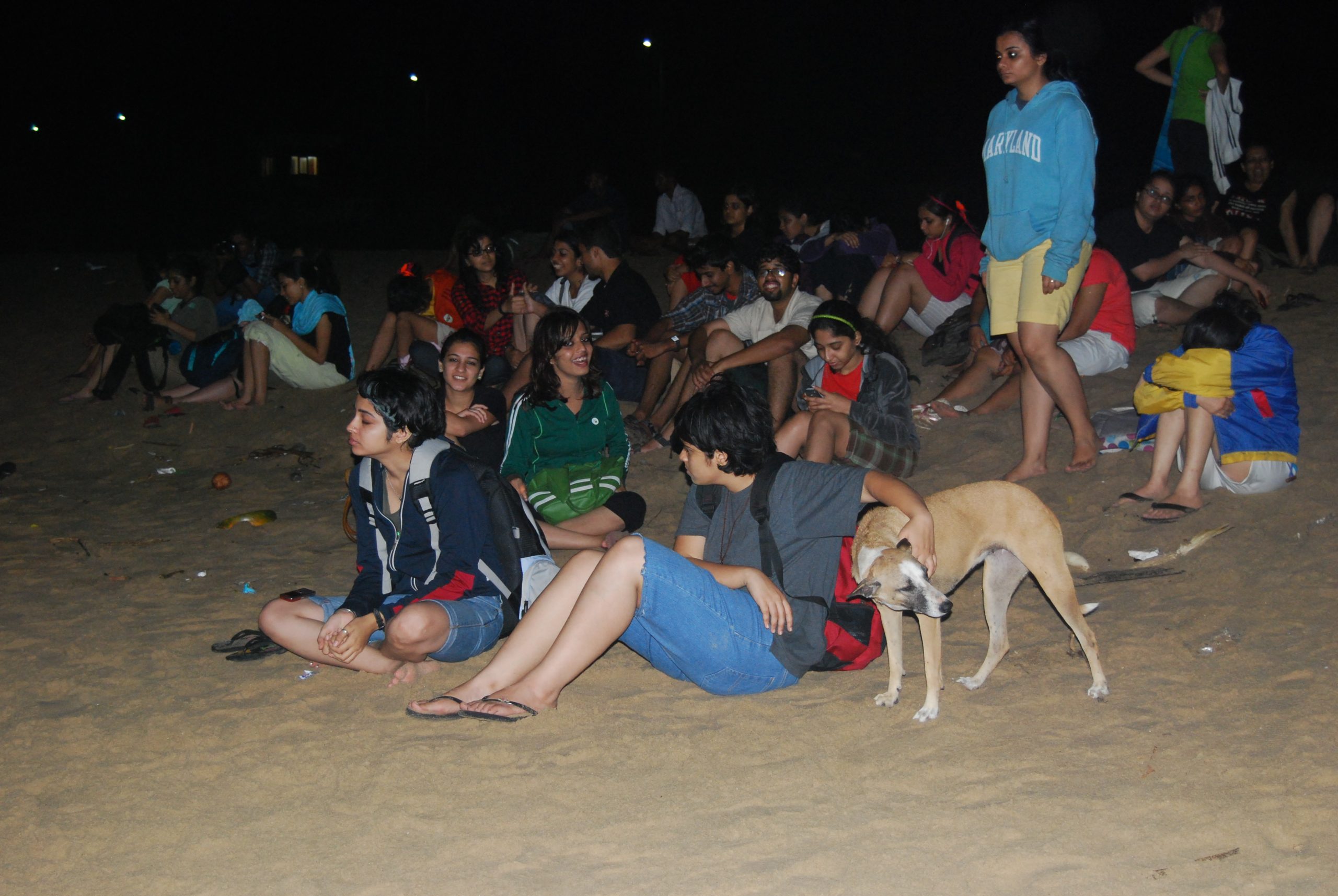 He would chase every village dog in its own village and if dawn broke, he would chase crows, water birds, anything. Of course, he would catch nothing. The crow chases were particularly hilarious as he would try jumping into the air after the crow, like he expected to fly too.

He had a bounce in his step which was quite unique and looked like he was doing a dance. Added to the singing, he was quite a performer.

Every night he would wait at midpoint to join us and there were days when he was more energetic and would walk an extra kilometre towards us to meet us earlier. He has lasted longest so I have started with him. But he had a female partner who was called Looti. She was older than him and was almost a constant companion to him. She was a mousy dog with shrivelled up ears – not exactly what you would call pretty—but she was much more determined than him when it came to chasing the other dogs.

The third member of the team was a dreamy, scruffy, extremely gentle dog called Loot 3. Though considerably younger than the other two, he seemed hard of hearing and seeing. He had soft fur which remained in clumps because he was constantly taking dips in the sea. 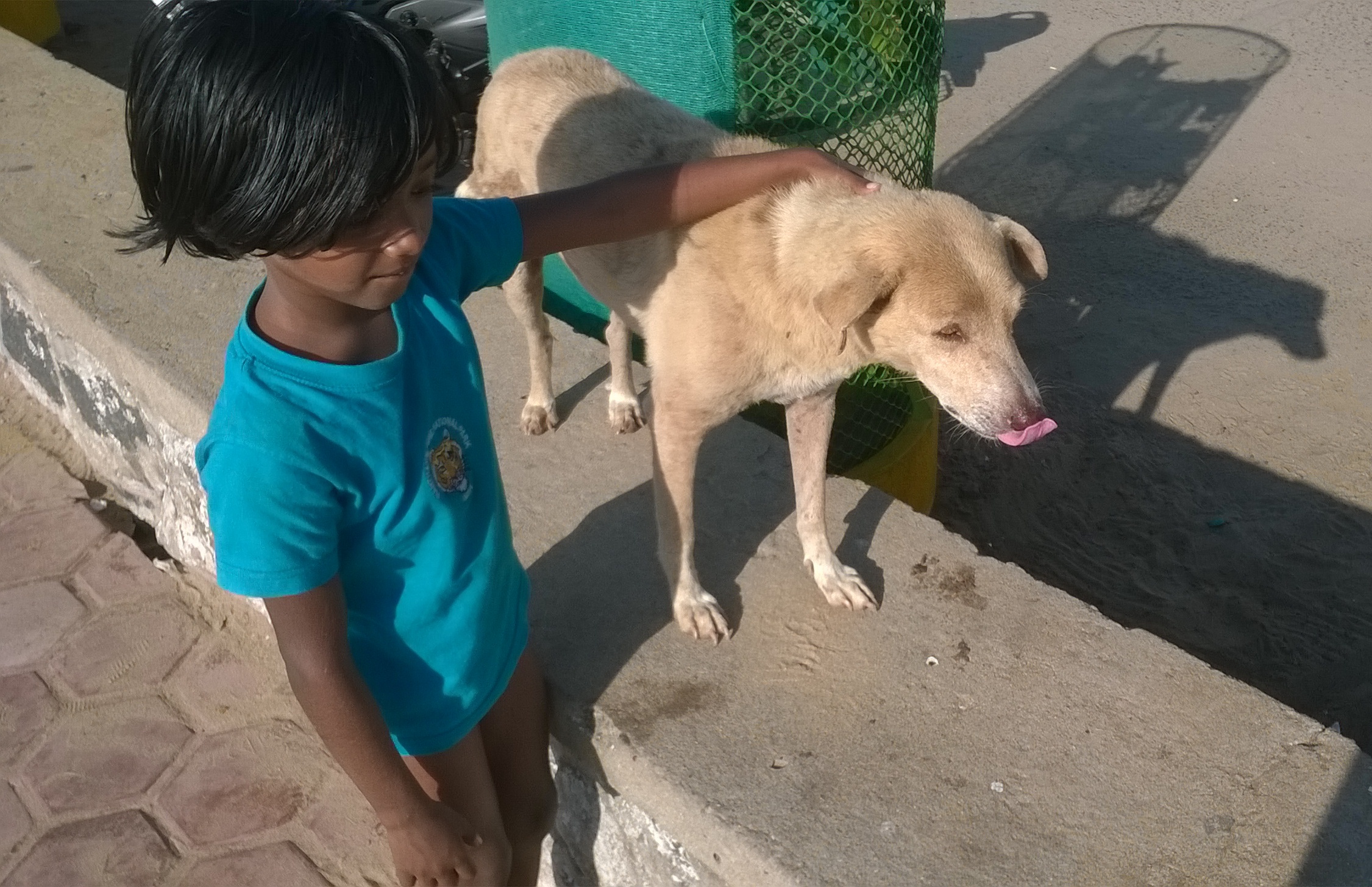 Unfortunately, Looti died two years ago and Loot 3 disappeared a couple of months before the start of this season. Loota has lost his long-time companions but new ones have joined the walks. More about them later.

On every walk, this dog team would accompany us till the end of the walk, wait patiently as we relocated the eggs, and then walk us down to our vehicles or to the bus stop. They would then give the vehicle or the bus a chase and finally go back to the beach and meet us again the next night.

At least when they walked with us, they had company and protection while crossing the several fishing villages with scores of dogs. On their way back, however, they would have to cross hostile dogs in their territories all on their own. We don’t know how they managed this, but there they were every night.

They are very free spirited and tough dogs. Like most strays, they have no shelter from rain or sun. During the day, particularly in summer, they have to make do with the small shelter of some beach- side kiosks. There is no fresh water and no assured food supply. Yet they seem to manage pretty well.

In the initial years, we were not even feeding them. They came purely for friendship. Then we began to feed them biscuits and, more importantly, supply them with fresh water. Akila now has an elaborate feeding ritual at the end of each walk, which includes vegetarian cat food!

The most amazing thing is that they were there to join us on the first walk of every season. Did it mean they waited for us for 9 months every night? Or did they understand seasons and know that 9 months had passed, and it was time for us to be back again?

Every season when the walks end, we are very sad to stop walking as this means not having their company and not being there for them too. However, some of us visit the gang in the non-season with biscuits, water and a lot of hugs whenever we can.

Way back in 2009, we had a very scary experience, but we also learnt something that night. The walkers of the night pulled out at the last minute. So, Akila and I decided to walk early in the morning. We had to start from our hatchery at Besant nagar to walk to Neelangarai, where we would catch a bus back. We were hoping to slink past the dogs as we were scared that they would follow us to East Coast Road (ECR) when there would be traffic. But Loota and friends spotted us and joined us as usual. When we reached the ECR, exactly what we feared happened. Loota was hit by a jeep. But he got up and ran off to some side street. Akila was inconsolable. Search as we did, we couldn’t find him, and there was the danger of Looti getting hurt too. So, we left and brought her back to the beach…

We felt very sad and tense and couldn’t sleep that night. During the day, we went and searched at our usual meeting point, hoping to find him, but he wasn’t there. Totally heartbroken, we went back to our starting point, and there he was lying on the sand – obviously in great pain, but alive! How did he manage to walk 7 or 8 km? We tried making a stretcher with a large borrowed towel in order to carry him to a vet, but he would have none of it. We gave up and bought him some food and decided to just wait and watch his progress. He didn’t join the walk that night and Looti was not seen either. 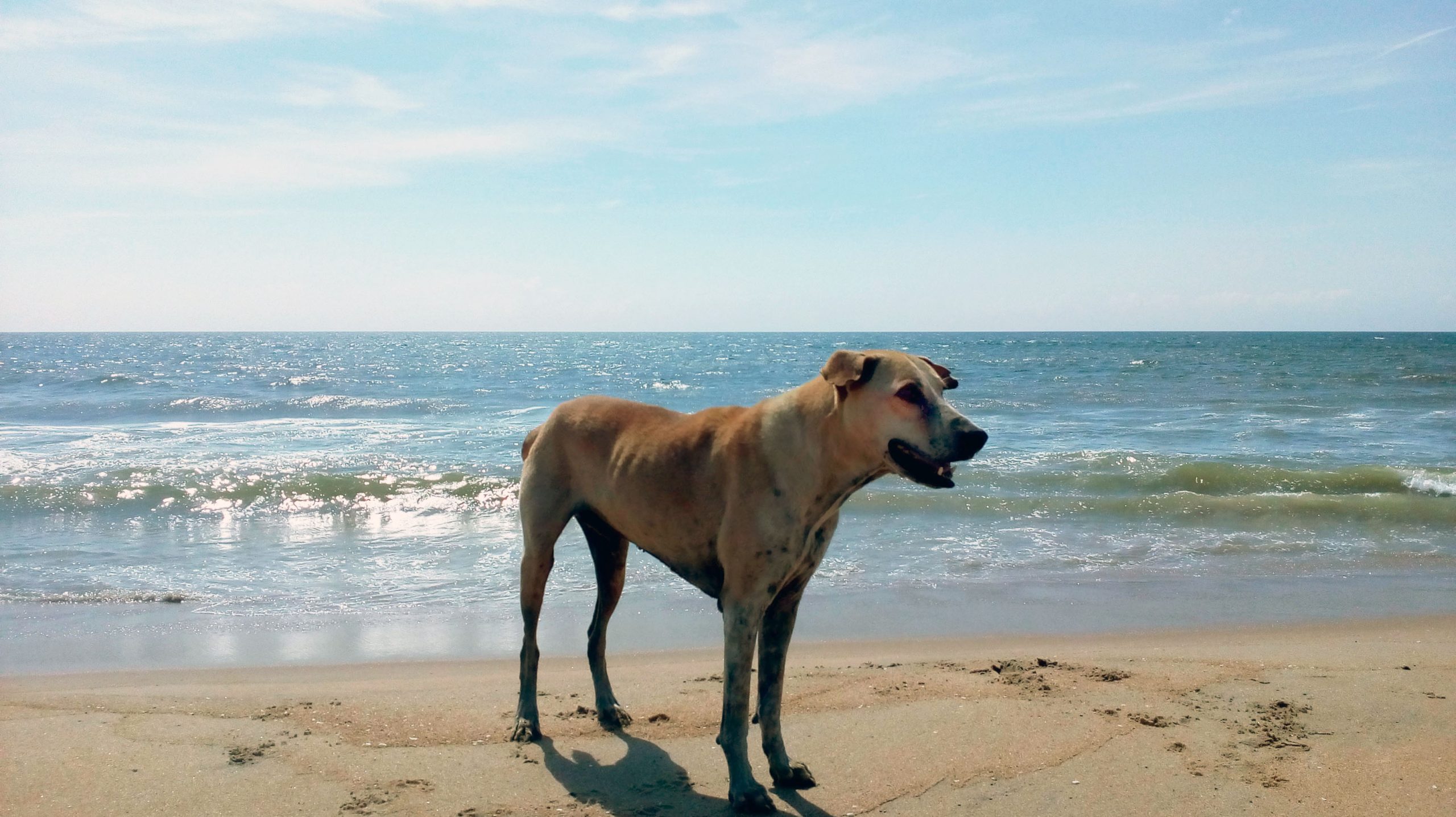 But after three nights he was back on the walk, limping slowly. A week of this and he slowly regained his movement turning into a bouncy dog within two weeks. The strength and resilience of free-living animals is sometimes beyond our comprehension.

We have been thinking every season for the past 3 seasons that it might be his last one, but he is still around. He is a major source of love and inspiration for us. 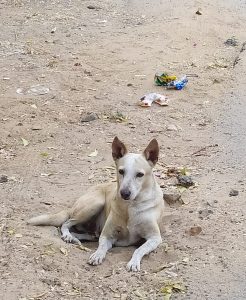 The current set includes one fellow we call Bumshaky for his unique greeting. He comes all the way from Neelankarai and walks 16km most nights. Other than our company, he loves chasing crabs all through the walk.

He is accompanied by Brownie, a young dog with a lot of energy. There is Floppy, from Palavakkam, who greets everyone by standing upright with her paws on our stomach. And of course, in the middle, is our Loota.

I cannot imagine these walks without our darlings. People ask whether they eat the eggs or hurt the turtles or hatchlings. The answer is definitely no.  They seem to know that their friends are some crazy turtle conservationists. 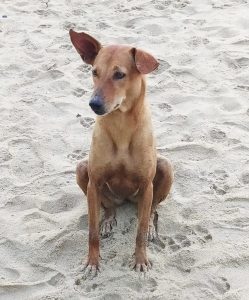 As someone who has grown up with animals and enjoys relating to as many species as possible, I find that my life is richer due to the association that we have with these dogs. It is amazing how much animals connect to us and I continue to look forward to discovering these connections in the years to come.